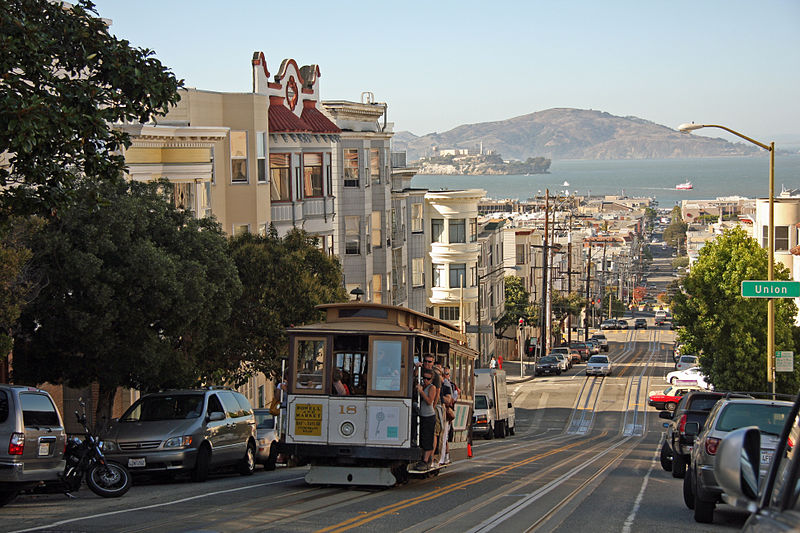 Capture essential personality of the most beloved American city. Admire the beauty of historic and contemporary architecture. Visit Marina district, which boasts trendy bistros and postcard-perfect views of the Golden Gate Bridge, Fisherman Warf, which is famous for sea lions and Pier 39 restaurants.

We will guide you through an exclusive private tour of Nob Hill, Marina District, Union Square, Pacific Heights, Haight/Ashbury, Chinatown, Mission-Dolores, Park Presidio, Twin Peaks, North Beach, Golden Gate Bridge, Lincoln Park, The Legion of Honor, Lombard Street and much more. We will introduce you to the city’s rich history, legends, political fights, and scandals. You will enjoy European architecture of Palace of Fine Arts and white swans gliding on its lagoon. You will see Presidio – old military base, which became famous movie location as the whole city. You will wonder, how City managed to sustain such a magnificent forest as Golden Gate Park, totally created by human hands You will stop at Civic Center and admire wedding dresses of new brides entering City Hall for their weeding vows You will see the most colorful Victorian homes, the bustling streets of Chinatown, the oldest and the largest Chinese community outside of Asia, neighboring North Beach, which still has Italian charm. We’ll show you the City, which changing all the time, but stays the same, as it is known and loved by locals.

San Francisco City Tour can be chosen in 4, 6, and 8 hour versions. 6 and 8 hour tours include stop for lunch and walk in Sausalito

We can add and subtract sights, depending on your group’s interests and time available.