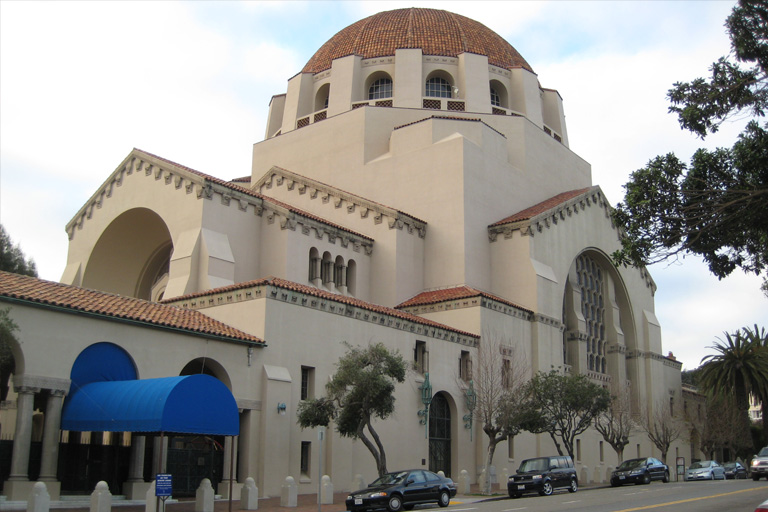 Joining tour “Jewish San Francisco” participants can get right impression that the city was indeed built by the Jews. From the Golden Gate Bridge to the Coit Tower, from the Sutro Baths to San Francisco Zoo, from De Young Museum to Stern Grove almost all landmarks of the city were created by the Jews or with their impressive participation.  We will talk about Levi Strauss and his empire of jeans at Levi’s company’s headquarters, we will see controversial mural created by Bernard Zakheim in the Coit Tower built under supervision of Herbert Fleishhacker. We will see Mount Zion – Jewish Hospital and will admire such famous synagogues as Temple Emmanuel and established during the Gold Rush one of the oldest – Sherith Israel. We can stop near Exploratorium built by physicist Frank Oppenheimer. And obviously talking about Jewish creators of Golden Gate Bridge – Josef Strauss and Leon Moiseeff we will cross Golden Gate Bridge to Marina County – home to the most affluent Jewish population in the US and have lunch or coffee at the Jewish owned restaurant in Sausalito.