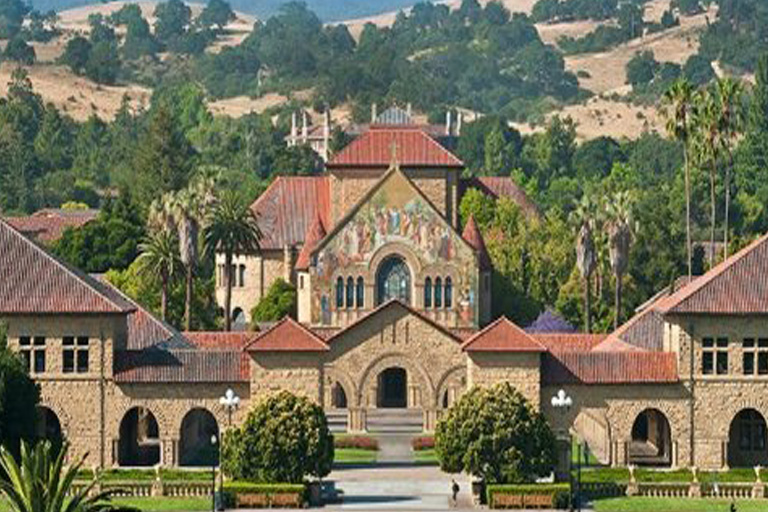 We are going to visit the Silicon Valley, the biggest constellation of the most innovative tech and start-up companies in the world. Almost everything differentiating XXI century from the XX century was invented and built here. The foundation and springboard for Silicon Valley was Stanford University. On the way to Stanford, ranked #1 among American universities, tourists can see Stanford Linear Accelerator and Stanford Hospital. First we can see Stanford Gallery with world famous art exhibition, Stanford mausoleum and university’s founders’ monument. On University territory visitors can see the biggest collection of Rodin sculptures outside of France You will admire Roman-Missionary architecture of the Main Quad, Florentine mosaics and the stain glass of Stanford Memorial Church. You will see panoramic view of Stanford and Bay Area up to NASA’s Muffet Field from the Hoover Tower. Exiting Stanford University you will see first Google office and make a photo stop at historical landmark – Hewlett Packard Garage in Palo Alto, the official place, where Silicon Valley was born. After lunch in Palo Alto at the famous Greek restaurant or Paris Baguette French bakery we will drive to admire Google campus adorned with Google colorful umbrellas and littered with Google colored bicycles. We will see U-Tube and Google Map buildings and a lot of sculpture which look (hm…) “interesting”. May be we will be lucky to see Google automobiles with no drivers in them.

Next stop – Aerospace museum located near the entrance to the Muffet Field, testing ground for NASA, where space shuttles had had their spare landing airfield, and huge hangars still can be seen.

In INTEL, the most interesting museum in the Silicon Valley, finally people can see silicon, which became building material for computer chips and gave name to the Silicon Valley. If we will have time we will drive to Apple to visit famous company store with the best wearable merchandise adorned by Apple insignia
Please note, the tour does not include a tour inside companies, but will offer much information, photo opportunities, and a visit to their stores, where applicable